How does the FICO® Resilience Score Affect consumers?

With two great financial crises hitting the American consumer in a dozen years, FICO’s new consumer resilience index offers prospective lenders a powerful new tool for their evaluation toolbox. Such a score can provide particularly critical information when analyzing consumers with fair credit scores to determine how they might weather future financial crises.

Like other FICO scores, the FICO Resilience Index is clearly meant for lenders, not for consumers. The score ranges from 1-99 rather than a clear 0-100. Additionally, the lower the score the better the consumer’s potential financial resilience rather than the intuitive ranking of assigning higher numbers to better performance.

FICO has responded to increasingly frequent volatility in the economy by formulating and releasing its Resilience Index (FICO-RI). FICO-RI analyzes a consumer’s credit report information, compares it to historical credit information along with the successes and failures of corresponding loans before and after the Great Recession, and produces a two-digit number that fairly accurately predicts a consumer’s likelihood of paying accounts as agreed during a future financial crisis or defaulting on those accounts (i.e. missing payments).

It’s a brilliant move by FICO and a helpful product for lenders, given the increasing volatility of the world economy over the past 25 years.

That said, FICO continues to both ignore the obvious and obscure the essential: consumers care about their credit scores even if they are meant for lenders (obvious), and the scoring model offers no intuitive advice to the consumer (essential). Although the score is for lenders, consumers will eventually hear about it, want to understand it and value its role in their credit. A more intuitive range of scores would make this understanding and the ability to value the score much easier.

The Value of FICO® Scores

The typical American consumer, especially under 50, takes their FICO scores for granted. The collective memory of credit before FICO is already so lost that many assume FICO has been around for a century. It’s hard to believe that it was only 1995 when HUD lenders Fannie Mae and Freddie Mac began recommending FICO scores in the evaluation of mortgage loans.

Before FICO, loan applications – whether for home loans, car loans, and even credit cards – took not seconds, not minutes, and not even days, but weeks and even months to evaluate before approving or rejecting. The three consumer reporting agencies (Equifax, Experian, and TransUnion) eventually brought digitalization to credit reports, but FICO pioneered the automated statistical analysis of that data.

Because the FICO scoring system was created for lender databases and lending algorithms, its scores typically range from 300 on the low end to 850 on the top end. As a result, the score creates confusion and, worse, speculation among consumers who know their score is critical to the lending process but who find it difficult to understand FICO’s meaning to them personally. For this reason, many consumers have developed a distaste for FICO, believing it unfairly harms low-income consumers, for example, because they believe income is a scoring factor (it is not).

In fact, during the early days of the COVID-19 lockdown, many well-meaning but misguided consumer advocates began calling for FICO to change its scoring to stop hurting those who were out of work and had lost their income. Such a move would have brought all loans to a screeching stop. How could a lender evaluate the risk prospective borrowers present if they had no valid and reliable method for such an analysis?

FICO serves a critical and quite effective role in our lending practices. It does not depend upon income, race, place of residence, religion, gender identity, or any other potentially discriminatory issue. Instead, it considers your past behavior with loans (payment history, balances, account statuses, etc.) and attempts to project that behavior into the future. It may not prove 100% accurate, but it has proven reliable enough to allow lenders to offer more loans to more people at fair rates (low interest for low risk and high interest for high risk).

How the Resilience Index Will Affect Consumers

Like most FICO credit scores, FICO-RI depends entirely on information found on consumer reports. It does not use information such as income, employment status, marital status, or other non-credit-related data. FICO-RI does not aim to replace other credit scores but complements them. Used in tandem with other FICO scores, FICO-RI provides greater confidence to the lender in predicting their future risk in making loans to consumers.

For the 45% or so of US consumers who Experian already classifies as having very good or exceptional credit, the FICO-RI will likely have little to no effect. They should find it no more difficult and no easier to qualify for a loan now that FICO has released its Resiliency Index. Their FICO-RI score will probably calculate somewhere between 1 and 44 or even 59.

Likewise, the 15% or so of American consumers rated as having very poor credit will still find it just as difficult to secure a loan as before. Their FICO-RI will likely end up in the 70-99 range.

For the nearly 40% of consumers rated with Fair or Good credit scores, FICO-RI may make it easier or harder to qualify for a loan. This segment of the population, with FICO scores roughly between 580 and 670, requires a more nuanced scoring system than the standard FICO in order to predict who will fair during an economic downturn. Many will get through relatively unscathed while others will lose employment, lose income, and begin to miss payments, possibly even heading for bankruptcy. FICO-RI will classify such consumers as “Sensitive” to economic crises, placing them somewhere between 60 and 69.

How the FICO® Resilience Index Differs from Other Scores

What credit scoring models have lacked is the economic volatility factor. If the consumer has only had credit for five years, all five of which have been part of prosperous economic growth, traditional credit scores, including FICO scores, do not predict how that consumer will behave in relation to their debts during a recession or a worldwide economic lockdown.

FICO used data from thousands of anonymous consumer reports from before and after the Great Recession of the late 2000s and early 2010s to clarify what sort of credit histories and backgrounds make consumers more and less likely to weather financial crises well.

What FICO® Got Right

As has been proven over several decades of successful use, the FICO score accurately predicts future credit-related behavior. While time will tell how many prospective lenders adopt FICO-RI as an extra tool in their processes, you can bet FICO tested and retested their technology. Will FICO-RI get it right every time? Not hardly, but neither does FICO Ultra or FICO 8, 9, or 10 (or any FICO model, for that matter). That should not detract from its usefulness.

As the FICO Resilience Index catches on, consumers will likely begin hearing about it from their lenders. When talking to family members and friends about getting a loan, many will mention the “new” FICO score the lender shared with them, not realizing it serves as a companion to and not a replacement of their FICO score. When asked about their FICO-RI score, the consumer will struggle to remember the simple fact that the new FICO-RI range is upside down and unintelligible for most consumers. As a result, consumer confusion will lead to a false understanding of FICO-RI and potentially to mistrust, as we have seen with the standard FICO score from vulnerable populations.

Since FICO introduced FICO-RI as a brand new product, it had the opportunity to create a rating system that made sense to both lenders and consumers alike, such as one like the school grading systems (90%-100% is exceptional, 80%-89% is good, and so forth). Yes, we understand the lower the score, the lower the risk to the lender. In reality, though, lenders employ consumers who would have no trouble adjusting to the idea that a higher score means the consumer fits better with the lender.

The only obvious justification for the odd scoring range involves lender databases and how the FICO-RI might fit in. Because it is a new score, though, and lenders will need to create a new FICO-RI field in their databases and application calculations, it should not have mattered what the score range looked like to a database.

We appreciate you, FICO, for the valid and reliable work you do, but come on! Give us something functional and reasonable when it comes to our scores.

What’s the difference between the FICO Score and the FICO Resilience Index?

FICO scores predict a borrower’s likelihood of paying as agreed in the future based solely on the consumer’s credit report data. FICO incorporated into its Resilience Index larger economic factors to predict how a consumer might behave during future financial crises.

What is the FICO stress-test indicator?

FICO’s Resilience Index offers financial institutions a tool to better address stress-test requirements placed on them by federal law and regulation, including how much capital the lenders are required to keep versus how much they lend. 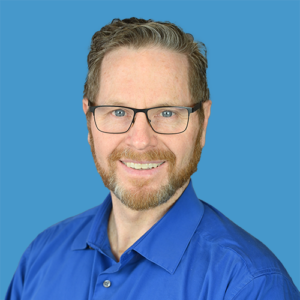 As the education manager for Money Fit, author, speaker, and financial educator, Todd Christensen develops financial education programs and provides credit and debt counseling for individuals and groups around the country. In 2014, Todd published his first 5-star-rated book, Everyday Money for Everyday People based on stories and ideas he had heard in nearly 1,000 workshops he facilitated on budgeting, credit, debt reduction, saving, and identity protection.
Visit Todd Christensen's Page